Are you a Bystander or an Upstander?

Developing the Mindset and Approach of an Upstander in College 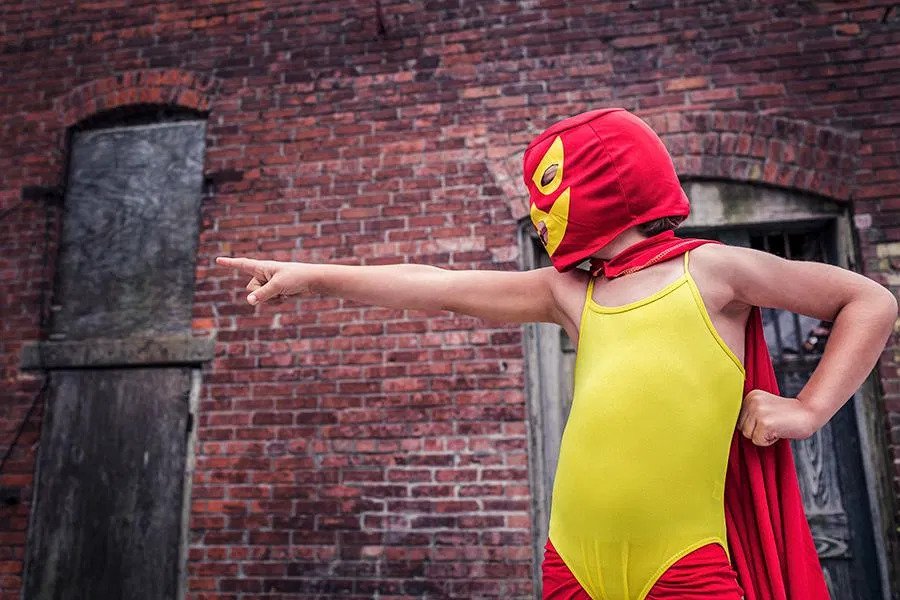 In October 2017, an 18-year old University of Hartford student, Brianna Brochu, was arrested for committing disturbing acts against her roommate, Chennel “Jazzy” Rowe, by tainting her (Jazzy’s) personal belongings. Brianna, the offender, publicly and might I add, foolishly boasted about her mischiefs on Instagram which led to her arrest and expulsion from the University. Jazzy, the targeted student, also went public on social media to reveal the slights made against her by her Brianna and described the mysterious bouts of sickness she experienced prior to learning about the offender’s horrific deeds.

Terrible enough are the offender’s taunts toward her roommate, but to make the situation even more absurd, she shamelessly posted explicit details about her disturbing acts! Upon reflecting on internet behaviors in general, it is commonly understood that web users should post with caution because any information one shares on the world wide web on can spread widely and provide incriminating evidence of one’s misconduct. However, it appears that Brianna never got the memo – or she was just was so prideful about her malicious activities, that she didn’t care to contemplate the consequences of what she was doing by posting such damning information.

The case is being handled accordingly (I hope) and I expect for Jasmine to receive all the support she wants and deserves. Thankfully, student of the university community identified the need to report Brianna’s Instagram post and did just that.

However, being that the offender was so open about her crimes against her roommate on social media, one is left to consider the idea that she could have very well bragged in-person to her peers, about her reoccurring transgressions alongside her posting on Instagram. I ponder over the possibility that students may have known about the offender’s behaviors before the Instagram post and even upon seeing the post, but didn’t feel compelled to take action or notify authorities.

Let me be clear. I am not declaring that there were indeed bystanders prior to the posting on Instagram. What I am proclaiming is that if this were the case, how did they respond upon hearing the offender boast about her wrongdoings? Did they laugh it off to cope with the awkwardness? Did they change the subject? Did they listen in silence? Did they pretend to agree with the offender, then run off to share their shock and disgust with another friend? Did they feel that it was none of their business to speak up or intervene?

I acknowledge that Brianna’s post on social media may or may not have been the only time she spoke about her actions. We may never know. However, ifshe disclosed information to others, this raises attention to another major issue. The issue of the bystander effect.

What is a bystander?

A bystander is someone who learns about or witnesses an incident but does not take part.

What is the bystander effect?

The bystander effect occurs when someone observes a harmful action or malicious behavior and does not take action. A variety of reasons exist that lead to inaction:

So, as we imagine that bystanders may have known about the offender’s behaviors prior to her posting on Instagram, could these students have reported Brianna’s offenses sooner to keep her from continuing her bad behavior?

Why is speaking up important?

Speaking up is important for many reasons. It’s easy to assume that something you see is not be a big deal or has no immediate consequence. However, bad behavior can cumulate and lead to dire circumstances or result in a totally unimagined, unwanted outcome. Keeping from intervening only perpetuates the behavior on the offender’s part and causes further harm to the targeted person. Imagine if you later learned that a situation you witnessed got out of hand or caused major harm. You would feel guilty for not saying something sooner. You could have served as the solution to nip that problem in the bud.

Secondly, as a member of your college or university community, you have committed to your institution’s code of ethics to do your part in maintaining a positive and safe environment for all members. Keep in mind that your actions influence the norms and practices of your environment. If you step up and doing something, others will likely follow suite. By doing so, you help shape the culture of your campus in ways that strengthen students’ sense of responsibility for their fellow peers.

How to be an Upstander, not a Bystander

If you haven’t figured it out by now, an upstander counters the bystander effect and takes action when they witness bad behavior. Know that once you see or hear about something, it then becomes your responsibility to do the right thing whether your action is direct or indirect, depending on the situation. In the University of Hartford case, I can imagine it being less stressful to report the Instagram post to authorities than to confront the offender.

Fortunately, the encouraging thing about intervening is that you have multiple options.

American University’s Step Up program offers a three-strategy intervention to consider if you ever witness any incident that needs your involvement. The approaches are as follows: direct, delegate or distract.

Direct. When you witness bad behavior, you can ask the offender to stop what they are doing and help them become aware of their wrongdoing. You can block or prevent them from continuing a certain action. You don’t have to wait for someone to ask you to take action. If you witness concerning activity, take the initiative to ask the person who appears to be the victim, if they need help or offer suggestions to help. In some cases, confronting the offender is not necessary. You can simply remove the victim/targeted person from the setting without ever saying a word to the offender. Once you’ve gotten the targeted person to a safer space, you can report the offender to the necessary party. However, before taking direct action, you will need to assess the situation to see if being direct is safe enough to do. If you believe that intervening directly isn’t the safest method, there are other less direct approaches you can employ. There is no need to show anger or be violent, just appear level-headed and maintain a non-hostile, yet assertive tone in your voice to lessen the chances of a negative response from the offender.

Delegate. Some situations may require you to delegate tasks to others standing by in efforts to address the situation more effectively. Once bystanders see an upstander spearhead the intervention, they are likely to follow. For example, you could ask a friend to draw the victim away from the setting while you speak with the offender. You could also delegate by reporting the incident to the authorities or personnel in charge within that environment. If you feel unsure of your ability to directly confront the offender, you can always reach out to others to help you. Bringing the incident to the attention of public safety or university personnel, allows you to discretely report if you prefer confidentiality or privacy. You can request for your name to remain anonymous if you are concerned about retaliation or judgement.

Just remember a few important things. If your peers see you take action, they become more empowered to follow suite. Because human beings tend to take validity cues from others, we question whether or not intervening is the smart thing to do when we don’t see anyone stepping up to help. I reiterate, as long as one person helps, people become more willing to jump in and help.

So, you may wonder how to know if you should take action when you feel uncertain about a situation, especially when ambiguity is present. Here’s a good indicator: if something doesn’t feel right in those moments, then just report it to be on the side of caution. Also, if you happen to leave a situation and the incident continues to trouble your thoughts, this signifies that you should say something. You can document your observations and submit it to the relevant parties. Also, if you are able to anticipate any potential harm the observed behavior can later lead to, this too is an indicator that you need to report the incident.

Feeling nervous about intervening is to be expected, but you need to do the right thing and step up anyway. I could imagine that if Brianna shared reports of her malicious doings with her friends, a common response would be to laugh it off. Those she told may have responded this way because they truly found her actions entertaining OR this gesture was a defense mechanism to cover up their disbelief or shock regarding Brianna’s actions. If you find yourself caught up in laughter or gestures that feed into an offender’s bad behaviors for the sake of coping in those moments, just make sure you pause, reflect and realize that you need to step up and say or do something conducive soon after that.

Overall, I am not urging you to devote full-time work looking for injustices to tackle. What I am asking is that you always notice situations that need your attention and for you to believe that you CAN do something. Overall, embracing an upstander mindset and approach will help to move your community in a direction that embraces greater civility, responsibility and an ethic of care for one another. Being an upstander is not easy, but it’s necessary.

So, what will you do if you witness inappropriate comments or behaviors in the future? Will you be a bystander or an upstander? 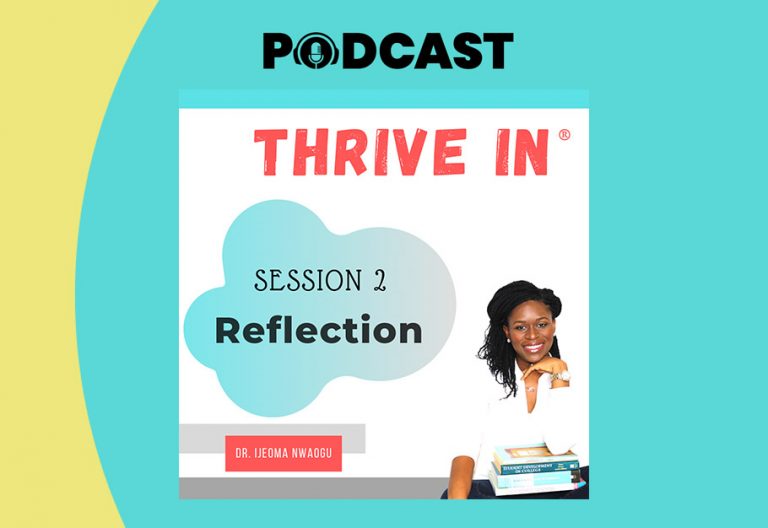 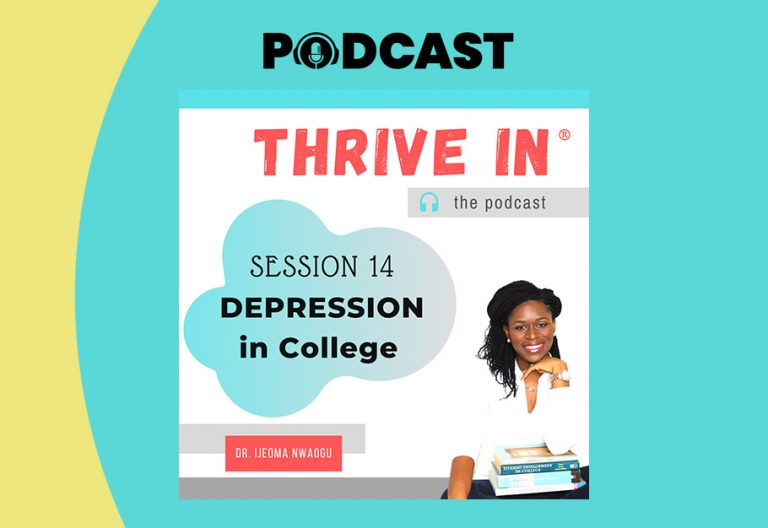 14. Thrive IN® – Depression in College 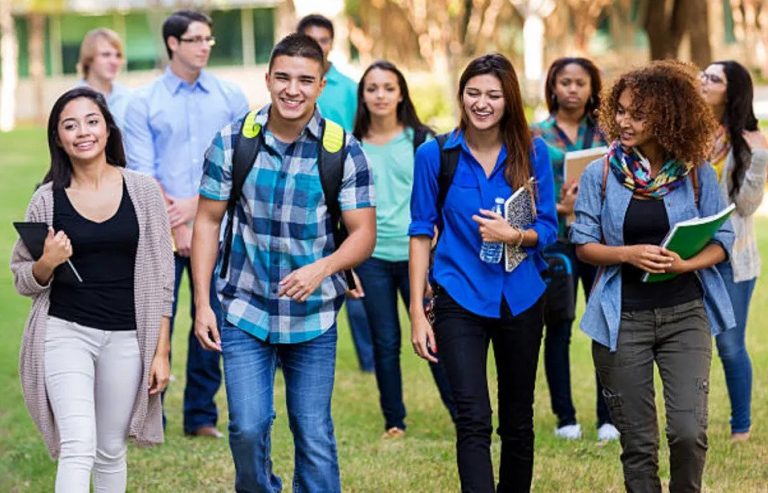 How To Start The Academic Year Right. Part II

How To Start The Academic Year Right: 5 Steps For First Year College Students.

Let's Get In Touch!

Let's Get
In Touch!

Questions? Comments?
I look forward to hearing from you!
Scroll to Top 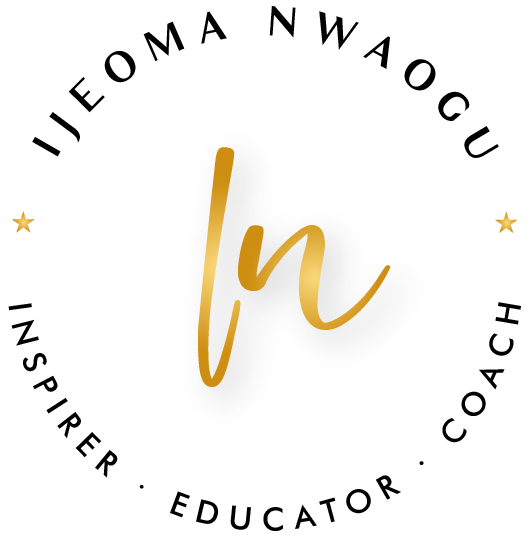